Through The Eyes Of A Shaman 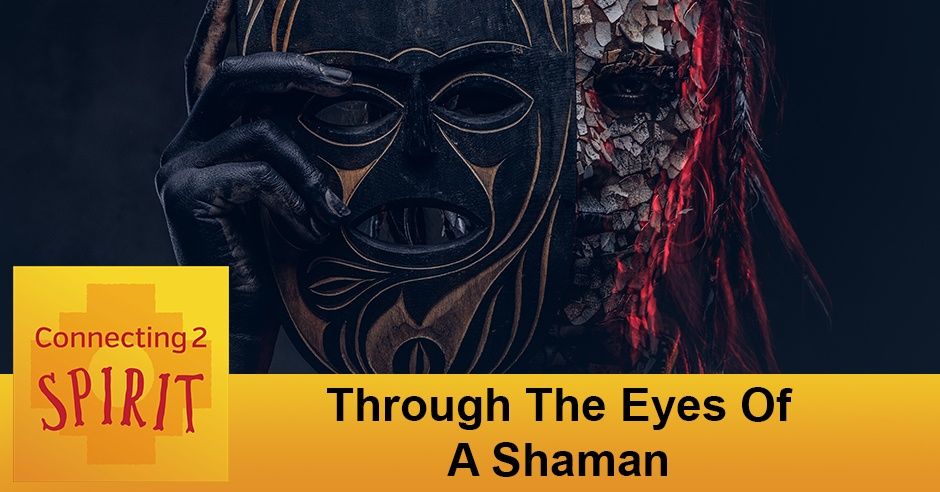 A shaman’s eyes are the portals to another dimension, a mystical world that reveals your true self and guides you through your journey on Earth. In this episode, Susan Norton shares an encounter she had with an Ecuadorian shaman during a fire ceremony. As Susan locked eyes with this indigenous vessel of power, she found her true self, felt the world and felt a connection. It was a moment she would never forget.

Through The Eyes Of A Shaman

I had the experience of working with an indigenous Shaman from Ecuador, Alejandro at a fire ceremony with about 40 people present. I was hosting in Ithaca, New York. He turned to me, and at one point he said, “Susan, I want you to give me a cleansing. I'm traveling. I need this so I can be grounded on my journey.” He's spoken Spanish and he also used his native language. I understood him and I began to do a shaman clearing and cleansing of him for his journey. When it was done after a moment, I looked at him. He stood before me. His hands open in front of me with his thumbs reaching in with cupped hands alert. He began to look at me. I stood in front of him, the fire blazing to our side surrounded by this group of people that had come.

He looked into my eyes. First, I thought, “What is it that he wants?” I've done the clearing, blessing, and I dropped into his eyes and I felt my body relaxing. I went into his eyes. He didn't have a smile on his face and he gazed right into my eyes as if looking through me. Time went by, entire minutes were going by and I began to feel the energy of this man. I started to feel like my true self was emerging out of this moment where there was nothing left to hide, nothing to do or be. It’s just myself.

"When I went into the eyes of the Shaman, I saw myself, I felt the world and there was a connection. All I had to do was let go."

We held each other's gaze. It must have been ten minutes or longer. Everything fell away. I must have called in some spirits to make this connection deep and profound. In the distance, coyotes began to howl and a big smile came across my face. He will look at me, then look slightly to the side of my head and his eyes would come back to me. The crowd around us was silent as well during this interaction. All I could do was relax into it. The next day, I had the amazing opportunity to have this powerful shaman come to my house for a visit. He and I walked in the woods and we talked just the two of us. He said, “You should continue on your journey.” He had a dream where he had seen me with eagle feathers. That came to him in a dream the night before.

I realized I had been going about my business, this Shamanic Services by Susan. I had been president of a networking group. I had been taken away from the position as president. The exact moment when I would have stood up in front of that group of people for that networking group and be president, the first day that I didn't have to do it, no longer a president, that exact moment, this man was dropped off at my home so that I could spend a day with him instead of doing networking at this business group. It was one of the most memorable days of my life. When I went into the eyes of the shaman, I saw myself, I felt the world and there was a connection. All I had to do was let go. Aho.